RESEARCH THAT SCARES AND CHILLS 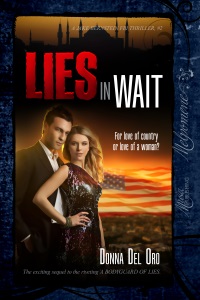 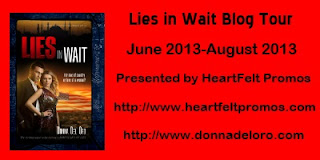 June 28 was the release of LIES IN WAIT, Book Two in the Jake Bernstein FBI Mystery-Thriller series. 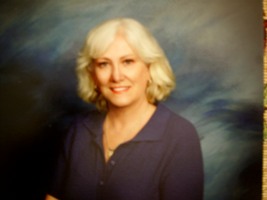 Writing this prescient story last year was a challenge. I read scores of books and articles about Islam, Muslims in America, the Qur’an, the history of Islam and the FBI’s undercover and intelligence strategies in counter-terrorism. I even learned some Arabic. What I learned, however, was both enlightening and chilling. If only Americans realized the dangers we all face…
The FBI is aware of these dangers but often they are hamstrung by the very rights we all enjoy. Since October of 2011, the FBI can no longer conduct undercover operations in American mosques and CAIR (Council for American Islamic Relations) advises all American Muslims to report any contacts initiated by the FBI. So in the past two years, the FBI’s ability to develop confidential informants has been severely limited. This was one of the reasons why the Boston FBI couldn’t prevent the recent Boston Marathon bombing.
My hero, Special Agent Jake Bernstein, isn’t so hamstrung. I’ve taken dramatic license in this novel, LIES IN WAIT, and have allowed him to go undercover into a mosque suspected by our country’s Counter-Terrorism Center to be harboring a jihad recruiter and terrorist organizer. In doing this, I wanted to portray the unusual stresses and challenges that undercover agents endure to further ensure the safety of us all. As an agent who speaks Arabic but has a Jewish heritage, Jake faces extra challenges. He finds himself overwhelmed with both feelings of guilt and empathy. His internal struggles and deep sense of duty cause a rift between him and his girlfriend, Meg Larsen (from Book 1, A BODYGUARD OF LIES).

My most interesting day of research was at a Silicon Valley mosque, the largest in Northern California. Our tour guide was a former engineer who has lived in this country for nearly forty years. I think moderate, peaceful Muslims want what all of us want, a world in which their children can thrive. On another level, there is a current of secrecy that many guard zealously. I won’t say anything more except that my eyes were opened to the strange and often secretive world of Islam in America.

Here is a little from my soon to be released novel LIES IN WAIT.

These are two of the choices FBI analyst/undercover specialist Jake Bernstein faces when he goes undercover for the Joint Counter Terrorism Center. His mission: Go to Silicon Valley and identify the masterminds behind what the JCTC chief believes is a coordinated terrorist plot that may involve five American cities. As a disaffected, biotech scientist, Jake is recruited and tested in a harsh, brutal way. But slowly, the pieces of a possible terrorist plot begin to emerge. Still, the entire puzzle eludes Jake. To stop the deaths of thousands of lives, he must gain access to the terrorist cell's inner circle and learn the details of their plot.

For months, he doesn't break cover, all the while knowing that his lover, Meg Larsen, is living and studying in San Diego, an hour's flight away. He fears he'll lose her while waiting for his case to break open.

In his desire to see Meg, he breaks cover one time and flies to rendezvous with her in San Diego.  The terrorist cell discovers this and puts Jake to the ultimate test of loyalty. To prove his devotion to radical Islam, Jake must do an unthinkable task. If he cannot do this, his undercover operation will fail.

As the cell lies in wait for the final, deadly call to action, Jake must make a fateful decision. Do his duty, expose the plot and save thousands of lives? Or save Meg? Of course, he must do his duty. But can he survive his attempt to do both?

A BODYGUARD OF LIES is a riveting blend of romantic thriller, mystery and WWII espionage. A Jewish-American FBI analyst, Jake Bernstein, is recruited by MI-5 to go undercover and investigate a naturalized American grandmother. The elderly woman is suspected by MI-5 of being a notorious Nazi spy wanted for war crimes. Jake Bernstein runs into a series of complications: This spy knows a secret that could endanger the British royal family; his attraction to the old woman’s beautiful granddaughter; an Irish, neo-Nazi group tries to kill him; and all the while, a clever, cagey old woman stands in the way of justice.

To read an excerpt from A BODYGUARD OF LIES, please click HERE.

Learn more about Donna Del Oro on her website. 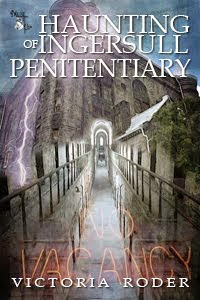 It May Be Heaven Checking In, But It's Hell Checking Out! 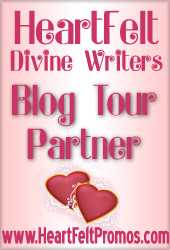 Victoria Roder
I am the author of paranormal thriller Haunting of Ingersull Penitentiary, paranormal romance,The Dream House Visions and Nightmares and mystery/suspense, Bolt Action. Inspirational pocketbook, It's Not You - It's Them. Children's Picture Book, An Important Job to Do - A Noah's Ark Tale. Children's Chapter Books, The Curse of King Ramesses II and Sled Dog Tales. Teen puzzle book and devotion Directions for Life.